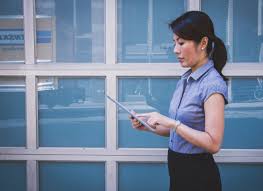 Nationally, the impact of the COVID-19 economic crisis has been particularly devastating for women. Women are overrepresented in the hardest hit industries. In the early months of the crisis, women suffered higher rates of job loss and in the months since, they have experienced smaller jobs gains than their male counterparts. Survey data indicates that women continue to shoulder more caregiving responsibilities, complicating their ability to maintain full time employment.

Due to the absence of robust data, its harder to track the impact of the economic crisis on women in Oregon and Portland Metro.

During the economic crisis, the unemployment rate has increased for all groups. Women of color have higher rates of unemployment than their white counterparts. In July, the national unemployment rate for Hispanic or Latino women was 14.8 percent, nearly double the rate for White, Non-Hispanic men (7.7%). (Figure 2)

Knowing the share of workers filing initial and continuing unemployment claims in Oregon is more difficult. Oregon asks claimants their sex during the application process but does not require them to answer. Roughly half of workers who have filed initial and continuing claims did not provide their sex (Figure 3). The situation is similar when it comes to race. Nine percent of Oregonians filing initial unemployment claims since the beginning of the crisis identified as people of color. More than twice that number (20%) did not specify their race. (Figure 4)

In March and April, women accounted for 55 percent of the 22 million lost jobs in the United States. In May, 2.5 million of those jobs returned, but just 45 percent went to women.[1]

The early months of 2020 was the first-time women held a larger share of jobs than men outside of a recession. Past recessions have hit traditionally male dominated professions like construction and manufacturing harder than female dominated industries. The current economic crisis is not following this pattern. In February 2020, women held 50.04 percent of US jobs. By July, the share of jobs held by women decreased in 49.71 percent. (Figure 5)

Nationally, women’s labor force participation rate (LFPR) peaked at 60.3 percent in April of 2000. It decreased during the great recession then increased hitting 57.9 percent in January 2020. Initially, the rate decreased sharply, to just 54.7 percent in April 2020.[1] (Figure 6) Despite a slight rebound, there is reason to believe women’s LFPR will drop during August and throughout the next year.

Surveys of two parent, dual income households indicate women are devoting more time to caregiving, including childcare, supporting online education, and are more likely to reduce their hours or drop out of the labor force than men.[1]

In late July, Governor Brown announced new metrics for determining whether schools are able to offer in person education. Currently, Multnomah and Washington Counties do not meet the criteria for opening. Most of the counties’ fifteen public school districts, including the largest Portland Public Schools and Beaverton Public Schools, have announced they will not offer in person education until November 5, 2020 at the earliest. This will impact roughly 200,000 children and teenagers, including nearly 100,000 elementary school students. Someone will need to organize and oversee their education and provide childcare. There is every indication that much of that work will fall to mothers.